Creating the first Windows Server 2003 Domain Controller in a domain

One of the greatest features of Windows Server 2003 is its ability to be a Domain Controller (DC).  The features of a domain extend further than this tutorial ever could, but some of its most well known features are its ability to store user names and passwords on a central computer (the Domain Controller) or computers (several Domain Controllers).  In this tutorial we will cover the "promoting" (or creating) of the first DC in a domain.  This will include DNS installation, because without DNS the client computers wouldn't know who the DC is.  You can host DNS on a different server, but we'll only deal with the basics. 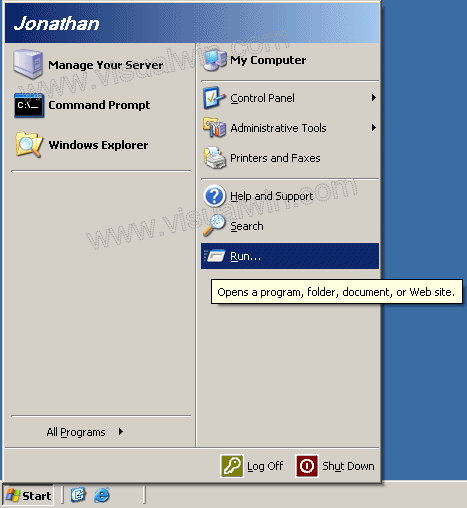 You will see the first window of the wizard.  As it suggests, I suggest reading the help associated with Active Directory.  After this, click "Next"

Click "Next" on the compatibility window, and in the next window keep the default option of "Domain Controller for a new domain" selected, and click "Next"

In this tutorial we will create a domain in a new forest, because it is the first DC, so keep that option selected

Now we have to think of a name for our domain.  If you own a web domain like "visualwin.com", you can use it, but it isn't suggested because computers inside of your domain may not be able to reach the company website.  Active Directory domains don't need to be "real" domains like the one above - they can be anything you wish.  So here I will create "visualwin.testdomain"

Now in order to keep things simple, we will use the first part of our domain ("visualwin"), which is the default selection, as the NetBIOS name of the domain

The next dialog suggests storing the AD database and log on separate hard disks, and so do I, but for this tutorial I'll just keep the defaults

The SYSVOL folder is a public share, where things like .MSI software packages can be kept when you will distribute packages (as I said, AD has a lot of different features).  Once again, I will keep the default selection but it can be changed if you wish to use the space of another drive

Now we will get a message that basically says that you will need a DNS server in order for everything to work the way we want it (i.e., our "visualwin.testdomain" to be reachable).  As I mentioned earlier, we will install the DNS server on this machine as well, but it can be installed elsewhere.  So keep the default selection of "Install and configure", and click "Next"

Now we will see a summary of what will happen.  Make sure it's all correct because changing it afterwards can prove to be difficult

After the previous next was clicked, the actual process occurs.  This can take several minutes.  It's likely that you will be prompted for your Windows Server 2003 CD (for DNS) so have it handy

If your computer has a dynamically assigned address (from DHCP) you will be prompted to give it a static IP address.  Click ok, and then in the Local Area Connection properties, click "Internet Protocol (TCP/IP)" and then "Properties"

In the next window select "Use the following IP address" and select the information that you will use for your domain (and 127.0.0.1 for the primary DNS, because your computer will host DNS.  I still suggest setting up an alternate as well.)  Click "OK" and then "Close" on the next window

And after a while you will see

You may also want to see the other Active Directory tutorials on the main page, including adding users, and adding computers to the Active Directory, either manually into the domain, or from existing Windows XP and Windows 2000 computers.